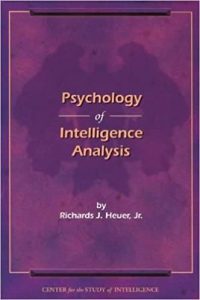 Humans handle uncertainty poorly. Richard Heuer explains how inherent biases in our thought process work against us, that knowing about the biases is no help, but processes can be built to improve our critical thinking.