Warren Buffett turned 90 last weekend and many tributes have come out since highlighting his track record. Why wouldn’t they? It’s the best long term track record ever.

It starts with the 31.6% annual return during his partnership days from 1957 to an almost perfectly timed closure in 1968.

He followed that up with a stint at Berkshire Hathaway. Since he took control in 1965, its stock has achieved a 20% annual return…so far. 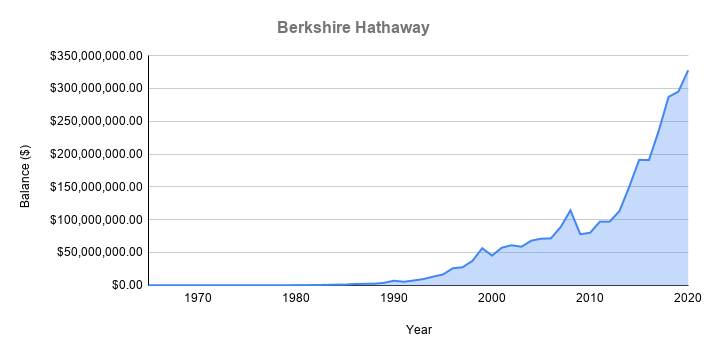 It’s beyond impressive. It’s also why so much time has been spent trying to reverse engineer his strategy.

Maybe that time would have been better spent studying something else.

You see, Buffett is an outlier. He was born at the right time, with the right set of interests and skills, that made him perfectly suited to the art of investing. Trying to repeat that seems like a fool’s errand to me.

Everyone is better off following the lessons that get less attention.

The biggest would be his early start. Buffett made his first investment at age 11 and never looked back. That’s 18 years earlier than the average age most people start investing for retirement.

What does an 18-year headstart get you?

For one, nothing teaches you more about investing than doing it. So 18 years is more time experiencing the markets. It’s more time to gain experience in market crashes and corrections before the average person even starts. It’s 18-years of trial and error, getting beat up by the market, finding what you’re comfortable with, and honing it.

Next up is the one thing that benefits everyone willing to take advantage of it.

It is obvious that a variation of merely a few percentage points has an enormous effect on the success of a compounding (investment) program. It is also obvious that this effect mushrooms as the period lengthens.

Buffett’s life is a lesson in extreme compounding. He was so tuned into the power of compounding that he knew a dollar spent came with an opportunity cost that grew exponentially with time.

Fortunately, you don’t need Buffett-like returns for compounding to work. Any old return will do (preferrable a positive one).

Unfortunately, it does require a little delayed gratification. Because compounding requires time, the real benefits show up on the back end. You can see how well it works in the Berkshire chart above.

A more realistic example looks like this. Pay special attention to how quickly the balance grows in the back half of the chart. 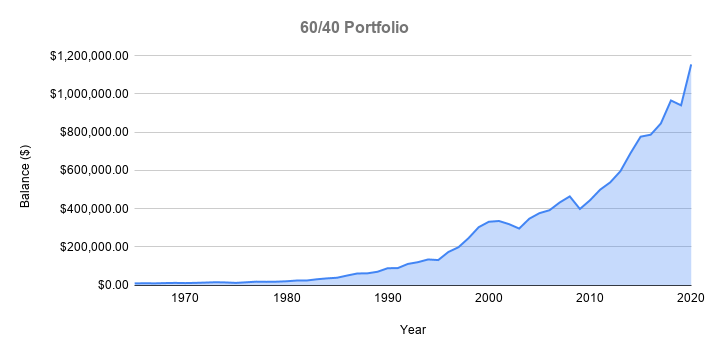 The best part about compounding is that its basic math. Only three factors go into the equation — dollars invested, time, and return. The difference between the two charts above shows what happens when the return earned increases drastically. You get an explosion in wealth. A similar thing happens when you increase the other two factors.

And if you’re skilled (or lucky) enough to incrementally improve returns, all the better.