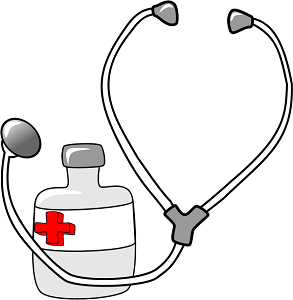 The Affordable Care Act will bring a big health reform change to insurance plan coverage in 2014. You can start making plans now. A number of those changes will be introduced October 1, to give you a head start. Here’s a quick overview of the early changes and what to expect.

The Affordable Care Act, or Obamacare, was passed in 2010. It brought about a number of changes to how insurance companies had to operate like you can’t be turned down for pre-existing conditions, free preventive care, and the end of lifetime limits.

But it also added several rules we have to work with too, like the medicare surtax, individual mandate, open enrollment periods, and health insurance marketplaces. In the end it was supposed to make health care more available and easier to understand.

The individual mandate is the glue holding the Affordable Care Act together and begins January 1, 2014. The mandate, simply, is a requirement to have a minimum amount of health insurance coverage. In other words, if you don’t have health insurance you must buy it yourself or pay a penalty.

As usual, there are exceptions to the mandate rule and penalty.

So if you won’t have health insurance for 2014 and aren’t exempt from the mandate, you can start shopping for the new qualified health plans during the upcoming open enrollment period.

The AICPA ran a survey last month that found a majority of participants didn’t understand the basic terms used in health insurance plans. The three worst offenders were the terms: premium, deductible, and co-pay. With mandatory insurance around the corner, here’s a quick refresher.

Premium – The premium is the cost for the insurance plan. It’s usually quoted as a monthly or annual fee.

Co-pay – The co-pay amount is a fixed amount you share with the insurance plan for a covered service. It’s often used for office visits or prescriptions. For instance, your plan might have a $20 co-pay for doctor visits.

Co-insurance – The co-insurance amount is a percentage of the cost you share under the insurance plan for a covered service once the deductible is paid. For example, if you’re co-insurance is 20% for doctor visits and you’ve met your deductible, you’d only pay 20% of the cost of the visit.

That’s just the beginning. If you’re shopping for insurance or just reviewing your current plan, the HealthCare.gov glossary explains other terms you might run across.

I’m hardly an expert in all these changes  and won’t be by the time open enrollment begins either. For more information about the Affordable Care Act and how it affects you check out these great resources: