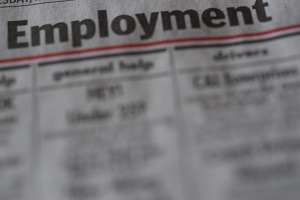 So here, in a state of affairs being disclosed publicly for the first time, is the fact: Weschler was the winning bidder in both years.

Meeting in July, 2010 for the $2,626,311 dinner, the two men liked each other right away. Buffett learned about Weschler’s investment success and how he achieved it—the ‘how’ being as important to Buffett as the gains themselves.

And then, at this year’s Glide dinner, held July 26th, Buffett almost apologetically sounded out Weschler about the possibility of his joining Berkshire. “I very much wanted him to do it, but I didn’t expect to get very far with the idea,” Buffett told Fortune. “Ted will no doubt make a lot of money at Berkshire. But he was already making a lot of money with his fund — you can get an idea of that from the size of his Glide bids — so money wasn’t a reason for him to come.”

Even so, Weschler said right away he’d think it over — and within weeks came to the conclusion that he wanted to accept Buffett’s offer. For the moment, Weschler isn’t explaining his reasons to the press. But this reporter can speculate that Weschler’s long-time admiration for Buffett made this an offer he just couldn’t refuse.

What’s Your Dream Job Worth?

I doubt Weschler had a job in mind when he made the high bid the past two years.  Yet I don’t see him getting an offer if he hadn’t.  The opportunity alone put him in front of Buffett to make whatever impression he could.  Time and another big bid covered the rest.  So in Weschler’s case, his dream job was worth about $5.2 million for the opportunity.  Still, it doesn’t guarantee him the job either.  He’ll have to perform up to the standards that Buffett expects.

Most don’t have $5.2 million burning a hole in their pocket.  But if the opportunity arose how much would you pay for the chance at a dream job?  Maybe it’s just the opportunity to present your case.  With the amount of job applications some positions get it could seem like a one in a million chance.  Or it may be as simple as stapling a $100 to your resume.  Sometimes all it takes is a little face to face time for an employer to see potential, which won’t be found on paper.

So if we toss ethics aside for the time being.  How much is the opportunity worth to you?  How would you pay for it?

After thinking about it for a while, this isn’t really a new idea.  If someone’s dream job is to be a farmer but can’t afford the land, tenant farming is option.  Or the apprenticeship position of learning on the job in exchange for what amounted to a contracted work period.

There are school districts offering to cover some of the costs of education if people teach for the district for a specific number of years in a high need area.  Some student loans can be forgiven if the 10 year payment and public service job requirement is met.  Ten years can be a long time if the job isn’t dream worthy.  But is it the same thing?  I say yes.  And it’s a better deal for both sides.  The individual gets a job they really want and the school gets someone who’s willing to sacrifice and wants to be there.

The contracted work period would probably only work where there are shortages in the work force.  I don’t see law firms doing apprenticeships if there’s an excessive number of law graduates each year.  A sector where the best and brightest are more of a commodity going to the highest bidder.  Maybe that would be a cash only payment for that opportunity  or a significant pay cut.  The sacrifice required to be the best and brightest might be the price.  So it wouldn’t work at all.

I certainly don’t see this as catching on across all job sectors, but for arguments sake it should be covered.  I think the two big issues are lack of ability and favoring the wealthy.

If your dream job is to be an artist but you can’t draw.  Or an offensive lineman but only 150 lbs.   Maybe it’s a theoretical physicist but not a genius.  These may be problems.  Physical and mental limitations will eliminate some people.  I don’t see a fix for this issue.

Wealth may play a role already, but it doesn’t or shouldn’t guarantee a job after getting it.  Keeping a job would still come down to hard work and performance.  A lazy, wealthy person is still lazy and their work ethic will reflect that.

In today’s workforce it certainly would provide employers with an eventual skilled worker.  Someone who should enjoy the job, wants to be there and probably outperform the average worker who views that same job as a means to a paycheck.  It’s the happy worker is a more productive worker argument.  But it’s true.

So whats your number?  How much would it take for that dream job opportunity?  Or if you have it already, what did it take?