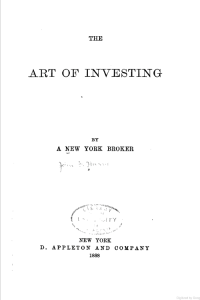 John Ferguson Hume warns readers on many ways to lose money investing and speculating. The book represents a historical glimpse into Wall Street of the late 1800s and the timeless lessons of investor behavior.