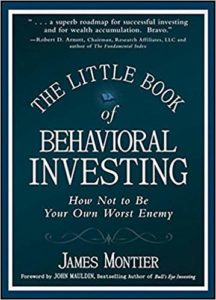 James Montier writes about the many ways investors are their own worst enemies. The book concentrates on the many repeated behavioral mistakes investors inflict on themselves that negatively impact returns in the process.