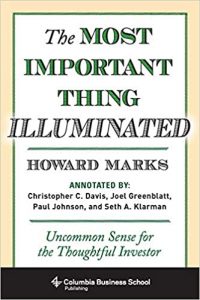 Howard Marks’s The Most Important Thing lays the groundwork for being a successful investor. He details the investment principles needed to tackle the complexity of markets and investing.