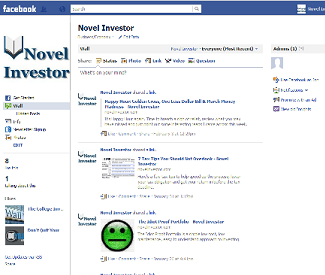 The Facebook IPO has attained a celebrity status and warrants caution for all those would be buyers in the open market on IPO day.  I hesitate to mention the roaring ’90s internet boom and bust, but when news comes out of people betting their kid’s college savings on Facebook, it’s a reminder of that irrational exuberance all over again.

The IPO alone will give Facebook a valuation of $106 billion at the current IPO price.  The only reason I’d try to get in on the IPO is to flip the shares.  I’ll gladly take the quick profit, knowing there is too many people willing to pay too much for a company that doesn’t deserve the valuation.

The biggest concern with Facebook going forward is how will it turn all those friends and likes into big dollar signs.  So far it hasn’t found a way to do it.  If you think Zuckerberg, and the Facebook crew will succeed in doing so, go ahead and buy.  I’ll even wish you luck.  But I’m skeptical and have a few reasons to be concerned about buying on IPO day:

1.  There is too much of a novelty factor surrounding the IPO, just so people can say they own Facebook.

3.  The company hasn’t been successful in monetizing mobile

5.  Normal lockout periods are 6 months, Facebook’s will only be 91 days.

6.  The lock out period hasn’t ended yet.

8.  Zynga accounted for 15% of Facebook’s revenue so far this year.

9.  Zynga is building its own non-Facebook platform.

15.  TV still has the best reach for advertisers.

16.  The chance the average investor will have an edge on IPO day is minimal.

17.  Zuckerberg has made it clear, he’s will to sacrifice short-term performance.

21.  The initial investors are selling 25% more shares because of the higher IPO price.

22.  Media pumping has pushed the IPO higher, not valuation.

24.  85% of Facebook’s revenue comes from advertising.

26.  Facebook will have half the value of Google but only 1/10th the ad revenue.

27.  GM will stop advertising on Facebook and isn’t alone in this thinking..

28.  First day trading is all about speculation and very risky.

31.  Why would companies spend on advertising when they can get a fan page for free.

32.  The small float will only compound the buying frenzy.

33.  A great business does not equate to a great stock.

34.  Facebook’s growth is decelerating and profit margins might have peaked.

35.  Zuckerberg has also made it clear, the company’s social mission is much more important than the business.

37.  The chance that Facebook stock is the single best investment out of 1,000s of other stocks is borderline impossible.

39.  The smart money is already poised to sell after the shares go public.

43.  Do you really want to keep up with all those “friends”.

44.  The media frenzy has caused the biggest emotional marketing buzz around stock pricing since fear controlled pricing during the recent crash.

48.  When you go to Facebook, are you really looking to spend money or buy anything.

49.  It’s valued on eyeballs, not fundamentals.

It’s already determined that Facebook is popular and successful from a user perspective.  I won’t deny it.  The platform offers a unique opportunity for people to interact and stay in touch.  But the platform is built for the users, not advertisers and the users aren’t spending money on Facebook.

This IPO stinks of buy first and ask questions later.  And there are a lot of unanswered questions, which has never ended well.  If you can get in on Facebook’s initial offering, you’re one of the lucky ones.  The question is whether the company is even worth that share price.