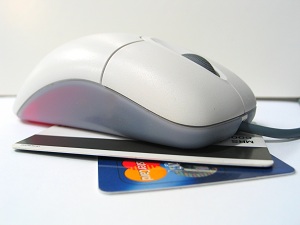 The push to a cashless society has been slowly ongoing since the first credit card was introduced decades ago.  It wasn’t until recently that technology has caught up with the possibility.  Whether the move towards reality continues will be more about acceptance and security than anything else.  With computers becoming smaller, faster and the world continuing on its wireless path, it’s almost inevitable.

We already have little to no need for ATMs, and I’ve only used a bank teller once in the past three years.  We have direct deposit and can scan or take a picture of a check with our phones to make deposits too.  Debit cards are accepted everywhere and we can transfer money and pay bills with the touch of a button.

With the potential of mobile to deliver the missing link, we can see paper money heading the way of the dodo.  Not a bad idea, but it does bring up some concerns.  Specifically security, though probably more accepted now than during the internet boom, security still poses concerns, whether it’s just a stolen smart phone or cyber attacks.

The big three credit card companies have a lot to gain from the continued push toward a cashless society.  They are already benefiting from the credit and debit card use, any push toward mobile apps and simplifying, speeding up the purchasing process will allow them to benefit more.  Look at Visa (V), MasterCard (MA), and American Express (AXP).

As much as people hate the banks, they are one of the biggest proponents for a cashless society.  The acceptance of online banking has helped lead the way with features like online bill pay, direct deposit, and easy fund transfers.  The cost savings and future of online banking led Capital One to buy INGDirect.

There will always be some need for face to face banking but it won’t need a branch on every street corner or ATM for that matter.  Look at Citigroup (C), J.P. Morgan Chase (JPM), and Bank of America (BAC).

The online payment processors are just a middleman between two parties.  The growth of this market, specifically with Paypal has brought the attention of the big banks and credit card companies looking to profit from the space.

With Paypal specifically, being owned by eBay and the growth engine behind the company, makes it a unique stock.  There have been spinoff rumors for years, but nothing solid yet.  If there was a spinoff, Paypal would be a takeout target immediately.  Look at eBay (EBAY) and American Express (AXP).

A forgotten sector, but any push toward a cashless society will have a bigger need for these services.  Think of all the small businesses not directly depositing paychecks.

These companies also deal with other human resource needs, making it easier on the small business owners when dealing with retirement accounts, health care, payroll taxes, and any other benefits employees may have.  Look at Paychex (PAYX) and Automatic Data Processing (ADP).

This might actually be the best play for the cashless society.  It’s a service that will be needed whether it happens or not.  It’s also something I’ve covered from a cloud security investment point of view.  With the move toward the cloud, mobile and wireless, security will continue to have a growing global need.

The move toward a cashless society is still in its early stages and should be viewed as a long-term trend.  While it may be viewed as just a pipe dream since there will be some people who won’t make the switch.  If these companies can speed up the processing time, and support and improve the security, increased acceptance will happen over time.