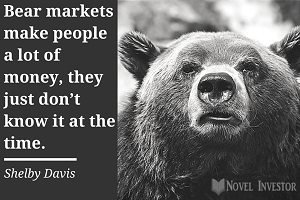 The U.S. stock market went nowhere for 12 years. Two bear markets that saw the S&P 500 fall by almost 50% – twice – produced this Lost Decade, where the market produced no return. Or did it?

While the Lost Decade makes for great headlines it ignores several realities from an investor’s perspective.

First, the S&P 500 was one of many asset classes you could have owned during the period. This chart shows how a diversified portfolio performed against U.S. stocks and other asset classes.

Second, if capital gains is the only return you’re focused on, you’re ignoring total return. Dividends were paid quarterly by S&P 500 index funds during the entire period. I used SPY, an S&P 500 ETF, to show this below.

It’s not a huge improvement, but it wasn’t zero – about enough to offset inflation.

The other problem with looking only at performance starting at one point in time is that nobody invests that way. Essentially, its a snapshot of what happens if you only invest on January 1st of the starting year. It ignores any subsequent investments in other months and years. Most people I know invest over time – called dollar cost averaging – by adding new money every month.

I used a hypothetical $500/month investment into SPY to find out exactly how dollar cost averaging performed during the period. The chart below shows how far the $500 went each month based on the closing price of the S&P 500 ETF. 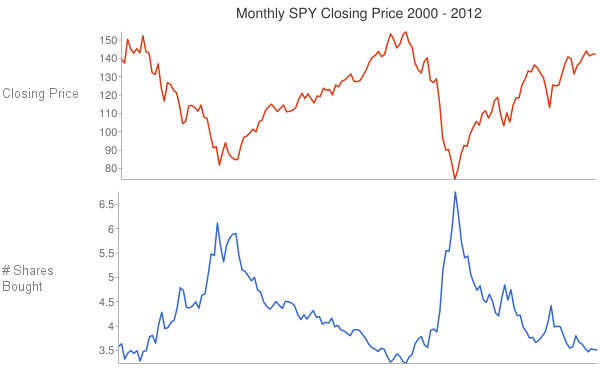 By investing a little bit every month, you bought almost twice as many shares at the bottom then you did at the top.

It takes guts to keep doing the same thing month after month even when things don’t seem to go your way. When you stick with a plan, and the market falls, you buy more shares then you ever would in a rising market. In other words, your dollars go further in a bear market. Reinvested dividends do too.

Because you’re able to buy more shares at lower prices, your total return is higher when the S&P finally breaks even. As you see in the table, monthly contributions boosted returns a little. So the total returns were hardly lost.

Still, it wasn’t the best performing asset for the period, but buying more shares at lower prices will eventually produce great results. The more money you can put into lower priced shares, the better your long term returns will be. You just won’t know how much unless you stick with it over time.

In fact, investors with the longest time horizons should hope for more bear markets like the last two so they can buy more shares for a steal.

Few people recognized that the dot-com bust and financial crisis gave investors the opportunity to buy more shares then they ever could before. Instead, all they saw was their portfolios cut in half and felt the urge to avoid stocks.

The worst thing you can do is invest less money into stocks after they’ve fallen. By the time you realize the possibilities, it’s already too late. Missed opportunities like this drive investors to make bigger mistakes later on.

If you change you’re allocation because the market fell, make sure you buy more stocks, not less. As the market moves higher over the next few decades, the money that works hardest will be all those extra shares you bought on the cheap.