In the long run, a company’s stock price reflects its growth in earnings. But when we dissect the long run into short runs, we see how investor psychology drives prices.

That short-run driver manifests itself in the P/E multiple. Multiple expansion can have an oversized impact on stock prices in bull markets.

Apple is a good example. 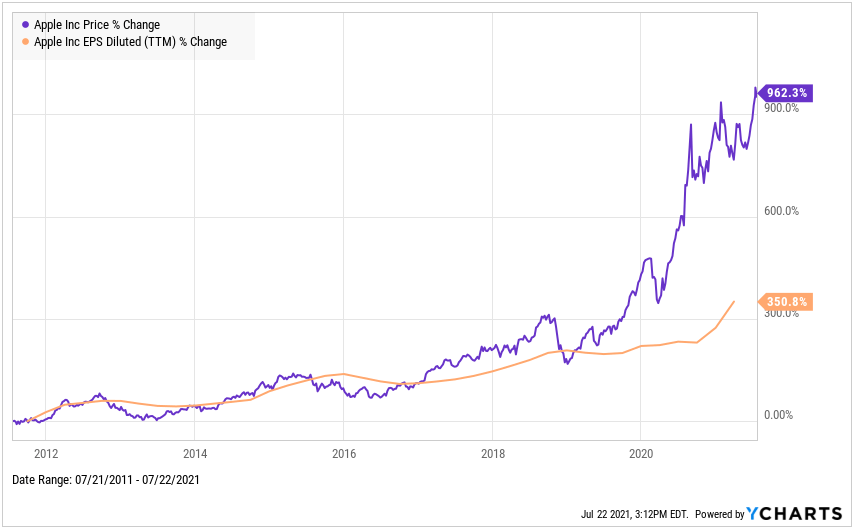 The chart shows the change in Apple’s earnings per share (EPS) and stock price over the last 10 years. Early on, the stock price tracked the growth in EPS fairly closely. Something happened after 2019 to change that. 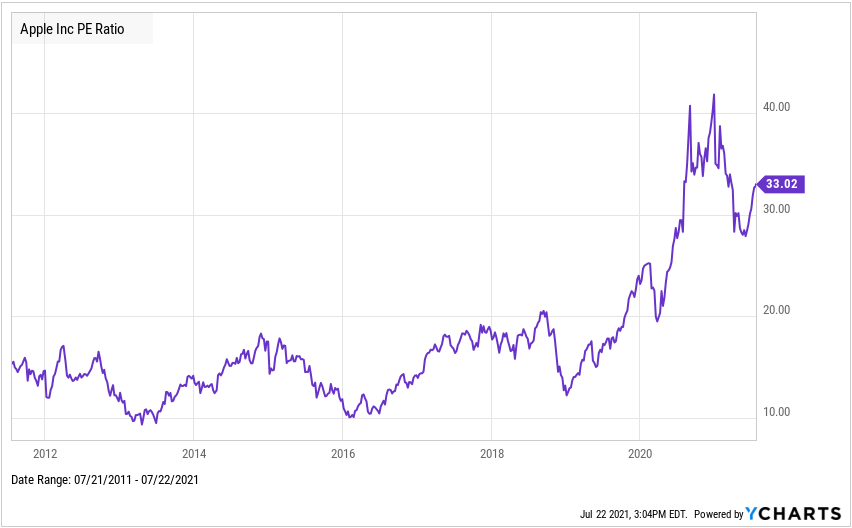 Apple’s P/E ratio floated between 11x to 16x EPS for the first seven years. After 2019, it took off. For some reason, investors decided that a dollar of Apple’s earnings was worth more than it was before. So they gradually paid more for it. The move from 16x to 33x earnings had a huge impact on Apple’s stock returns. 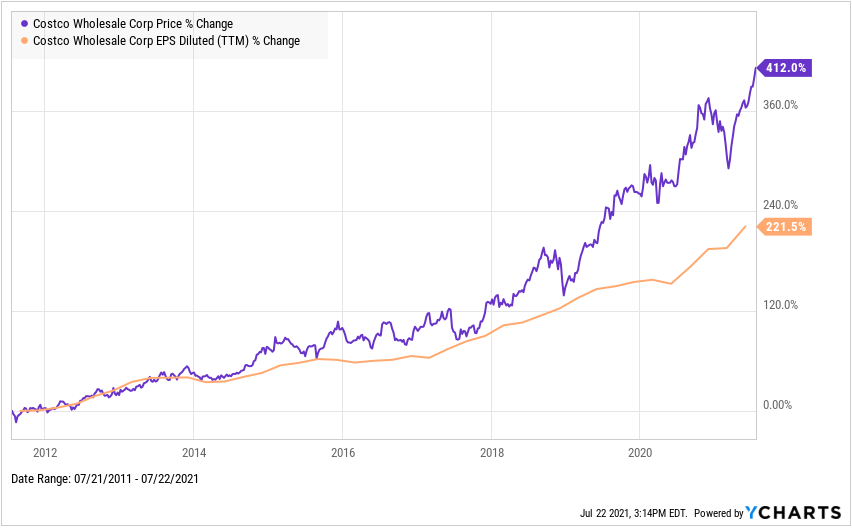 Costco’s share price also tracked EPS growth for the first several years before taking off on its own. The change in its P/E multiple is largely responsible for it.

The move from 24x to 39x earnings explains almost half of Costco’s returns over the past 10 years.

Of course, broader markets follow earnings too. In the long run, the S&P 500 tracks the earnings growth of its constituent stocks. In the short run, it’s investor psychology. 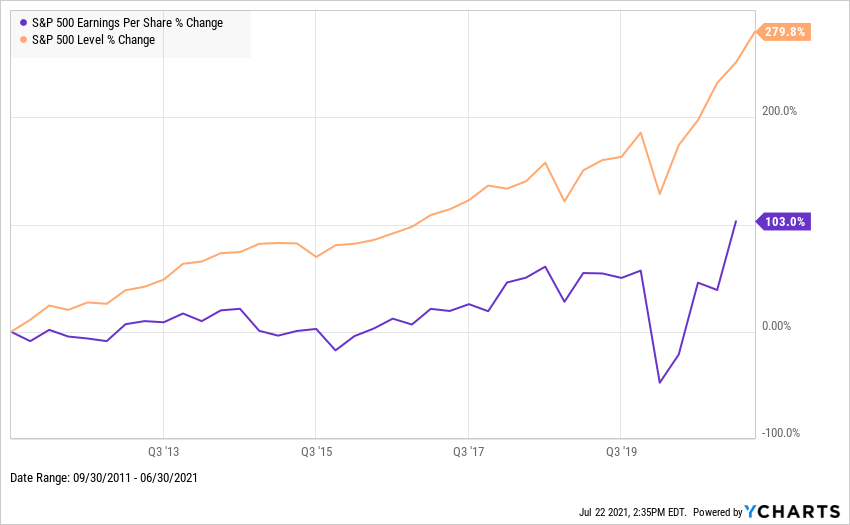 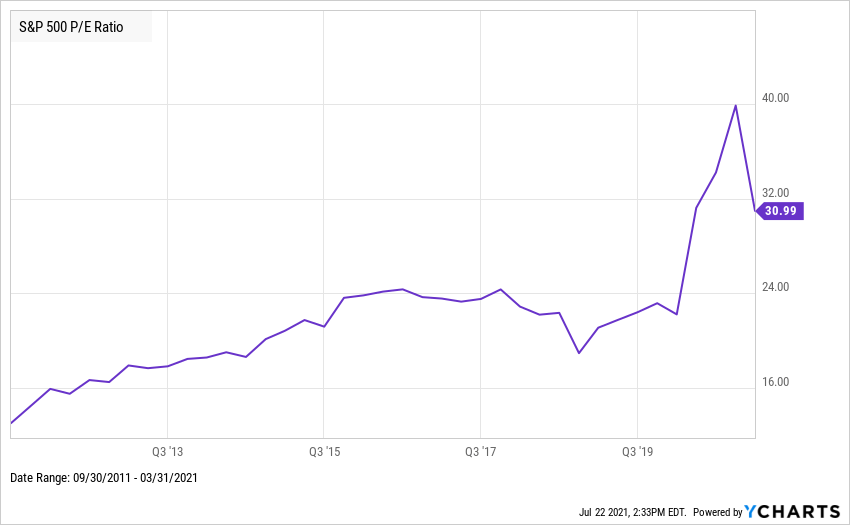 Over half of the S&P 500’s return over the last ten years is due to the P/E multiple expanding from 13x to 31x. Over the last decade, investors have gradually paid more for a dollar of the S&P’s earnings causing the index to outpace its growth in earnings per share.

Now, most companies don’t have pristine charts like Apple and Costco. Both are exceptional companies with fairly steady earnings per share growth over the past 10 years. Investors would have earned a nice return had the stock tracked earnings growth alone.

However, the charts also show the added benefit of buying companies at relatively low valuations. Multiple expansion provides an extra boost to returns in the short run but it’s obviously not something investors should expect all the time. The reason goes back to psychology.

Multiples expand and contract as investor sentiment changes. It’s like an excitement meter for stocks. The higher the multiple, the more excitement is priced in.

But sentiment can change on a whim. So it’s not something that can be easily predicted. And multiple contraction can quickly offset earnings growth, leaving the stock price flat or falling.

Multiple contraction has a similar impact on the broader market too. Bull markets eventually turn over. Excitement wains. Investors are no longer willing to pay as much for a dollar of earnings per share. So the broader market sells off.

That expansion and contraction — rising and falling excitement — causes the market to swing around the long-term trend of earnings per share growth. Thus the market cycle.

Which brings us full circle. An investor’s primary focus should be on fundamentals like earnings growth since that drives stock price in the long run. That’s not to say valuations don’t matter. The investor benefits most when the company (or market) is both undervalued with growing earnings.