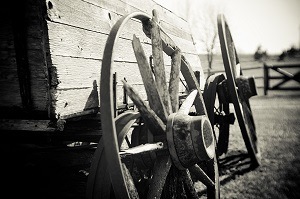 Tales of the wild west were a glamorized version of reality. Stories told of great wealth of land and opportunity, but forgot to mention the hardship, the risks. Frontier markets are much the same.

Frontier markets are a subset of emerging markets. It’s made up of countries in the very early stages of economic development. But it also includes countries with limited stock markets (small number of stocks, shares, and market cap) and small economic footprints. In total, frontier markets make up a sliver of the global market value.

You can get a lot from a name. Frontier elicits images of the wild west – very risky and not cut out for everyone. These countries carry a smorgasbord of investment risks – at the top of the list are liquidity, currency, and political risks.

Stability is a big issue. At any point you could see, leadership change, a new structure of government, business assets seized, stock markets closed, and the index changed.

When you look at the frontier countries listed below, think about the type of news in and around each one. It should give you an idea of the risks involved. The MSCI Frontier Markets Index now includes 24 countries:

But with any of these countries, the potential is there to gain emerging market status. In fact, the status of each country is regularly reviewed. Countries are moved up or down as things change. For instance, MSCI upgraded Qatar and UAE to the Emerging Market Index in May ’14.

Typically, the countries being upgraded make up the largest part of the frontier index and have the biggest impact on the frontier fund’s performance. For instance, four countries represent 56% of the largest frontier ETF (iShares MSCI Frontier 100 Index Fund), with Kuwait being 23% of the fund.

What happens if Kuwait gets upgraded to an emerging market? How does it impact the index? How does it impact performance and risk going forward? When an index changes, the ETF must change too. This adds to the costs and changes the risk of the fund. You have the same problems when a country is demoted from emerging to frontier too.

Frontier market funds are based off relatively new indexes. The MSCI Frontier Markets Index has only been around since 2002. FTSE, Dow Jones, S&P, and Russell have similar indexes – each using different criteria to pick countries.

The table below shows the performance difference of the emerging markets versus frontier markets since 2003.

And if you’re seeing last years returns and expecting it to continue, remember Qatar and UAE were a big reason (both were removed in May ’14). It’s like expecting your favorite sports team to have another great year after its two star players were traded.

If you can handle the extra risk, the best way to invest is to set aside a small part of your emerging market allocation for frontier markets. You’ll need a good knowledge of these countries to invest more than that.

There are only a few frontier index funds available. In any given year, each of these could be heavily weighted toward a few countries:

Regional ETFs exist that let you focus on specific areas of the world – like the Middle East, Africa, or Asia – will own both emerging and frontier countries. There are managed mutual funds built specifically for frontier markets too, but expect a higher cost.

Do your research beforehand. Sometimes the best investment, is to not invest at all.