October. This is one of the peculiarly dangerous months to speculate in stocks in. The others are July, January, September, April, November, May, March, June, December, August, and February. — Mark Twain

Octobers seem to be a spooky month and I’m not talking about Holloween. That’s because a few big market crashes give October a bad name — October 1929, 1987, and 2008. Those three Octobers were the three worst Octobers respectively.

Yet historically, Octobers have been fairly tame, except for the outliers. The average S&P 500 return for the month of October is only 0.5%.

And when you compare October to all the other months, it looks less spooky. 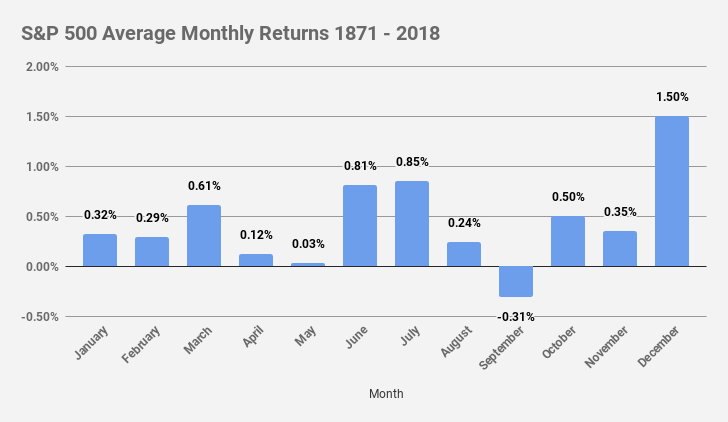 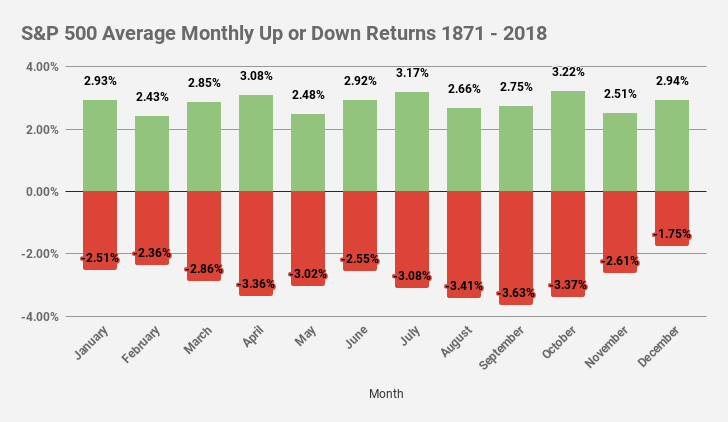 It looks like December gets the prize for the best month. And September is actually the worst month on average. So it seems October gets blamed for what September started.