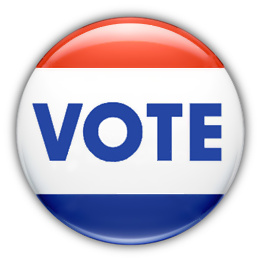 Personally I think the mute button was invented as a sole response to political commercials.  But all that is finally over with as of Tuesday’s elections.  Regardless of your political leanings midterm elections can have a major impact on your money.  As far as the stock market is concerned, elections provide an immediate clarity, good or bad, of what to expect from the government for the next two years.

In the period from 1922 to 2006, the average gain in the Dow Jones Industrial Average over the 90 trading days (November to mid March) following the midterm elections was 8.5%, according to a new study authored by Brian Gendreau, market strategist for Financial Network.  That is almost 5% higher for the Dow than non election years.

In the five instances since 1942, on midterm election years, when an incumbent first-term president was a Democrat, the S&P 500 has gained an average of 21.3% for the year.  As if that is not enough.  Since 1945, the third year of a president’s elected term (Obama’s third year starts in 2011) has seen significant growth averaging 16.6% in the stock market.  Whether these historical trends continue remains to be seen.

So It’s a Guarantee Right

The short answer is not exactly.  The market has fallen only one time after midterm elections, in 2002 (only for the 90 trading day period, it was up 15% in the  12 month period).  So nothing is guaranteed but the percentages are on our side.  Although the “midterm election effect” seems to be on track, how it proceeds from here is still in question.

Many people have contributed its effect to the legislative gridlock that is seen from the competing political parties.  What the pundits view as gridlock, the stock market views as a certainty of the political landscape that won’t change for two years.  Two years is a long time but with a split legislature it makes it difficult for the politicians to vote through any surprise bills that could rock the stock market off it’s historical trends.

What to Watch For

Two things to keep an eye on in the short term will be the Bush tax cuts and the Federal Reserve.  While the Bush tax cuts won’t lower taxes any more than this years, if they are not extended, we’ll be paying more taxes next year.  The Federal Reserve on the other hand has to keep chugging along with it’s plans to maintain economic growth.  Any major changes with these two could put a dent in the stock market’s trends.

Certainly nothing is written in stone, but if the political climate is set for the time being the market seems to have a clear view higher from here.  At least that’s what we hope..