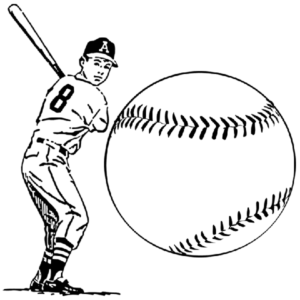 Baseball is one of the few sports where you can fail 70% of the time and still have a great year. Players are paid millions to do just that. And the mutual fund industry follows a similar model. But I digress.

He was the last to do it. He was one of the greatest hitters ever because of his tireless work ethic, obsession for hitting knowledge, and discipline.

Over time, Williams simplified his batting process down to only swinging at good pitches he could hit. He stacked the odds in his favor.

First You Need a Good Ball to Hit

Under these circumstances, we try to exert a Ted Williams kind of discipline. In his book The Science of Hitting, Ted explains that he carved the strike zone into 77 cells, each the size of a baseball. Swinging only at balls in his “best” cell, he knew, would allow him to bat .400; reaching for balls in his “worst” spot, the low outside corner of the strike zone, would reduce him to .230. In other words, waiting for the fat pitch would mean a trip to the Hall of Fame; swinging indiscriminately would mean a ticket to the minors. – Berkshire Hathaway ’97 Annual Letter

When every muscle fiber screams swing, Ted stands there with the bat on his shoulder.

There’s an art to doing nothing and both Williams and Buffett mastered it.

Ted Williams explains why: “My argument is, to be a good hitter, you’ve got to get a good ball to hit. It’s the first rule in the book. If I have to bite at stuff that is out of my happy zone, I’m not a .344 hitter. I might only be a .250 hitter.” Charlie and I agree and will try to wait for opportunities that are well within our own “happy zone.” – Berkshire Hathaway ’94 Annual Letter

Of course, Buffett can’t be called out on strikes. You can’t either. This advantage lets Buffett patiently stand at the plate for the fat pitch and the opportunity to bat 1000.

Only a few people have that type of discipline. Instead, most of us take the view that if something isn’t working it must be broken.

Broken things tempt us to tweak and fix. We’ve become programmed to think that way. Think about your appliances, electronics, and car. When those don’t work, you immediately fix it or get a new one.

Investments are not broken iPhones that need replacing every time the software glitches. You’re better off with a wait and see approach. And if discipline alone won’t stop your need to fix stuff, then build a process or checklist to help enforce rules, hone your decisions, and build discipline.

Stack the Odds in Your Favor

You don’t need to start picking stocks and buying companies like Buffett. You just need to put yourself in the best position to succeed.

The Williams analogy – ignore the bad pitches and focus on the good ones – transfers to most financial decisions, which will greatly affect your success rate:

You can’t control the balls thrown your way. What matters is which ones you swing at and how you prepare yourself while you wait for the next good pitch.