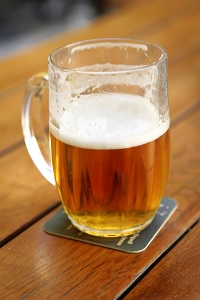 One of the hardest things to do with money in the market, is to hold on for the ride.  The easy way out is to simple sell everything and curse the day you thought you could make money in the market.  I’m not surprised that some people may feel this way.  I think too often, people expect their money to only go up.  But after ’08, I wouldn’t blame you for taking your money and going home.

People saw 30%, 40%, even 50% or more losses in less than a year.  Something most people never experienced and for some, should never have been in that position.  It’s one of the major faults with a 401k.  Even though many people have a good understanding of how to invest, there’s even more that don’t, yet are pushed into it blindly by their own retirement plans.

The stock market isn’t built for everyone.  To paraphrase Warren Buffett, people who can’t handle a 50% loss in their stock’s value, shouldn’t own stocks.  There has to be an emotional disconnect between you and your money.  It’s the only way to maintain sanity.  But is easier said than done.

When the market collapsed in Oct. ’08 most people eventually took their money and ran.  Fear set in, which caused a bigger sell off, causing even more fear, and more selling.  Until it finally bottomed in March ’09 with the Dow around 6500.  People took the pain all the way down until they couldn’t take it any longer.  They finally got out of the market, but it was at the worst time possible.  Right near the bottom.

Of course it’s easy to say all this a few years after the fact.  The whole hindsight thing.  But markets correct themselves.  Some corrections are small little blips you barely feel, others register an 8.0 on the Richter scale.  But corrections happen and are good.  They keep the market and investors honest.  And they present some of the best buying opportunities.

What was never really discussed during those five months from Oct ’08 to Mar ’09 was what a great buying opportunity it was.  Great stocks were going on sale.  This wasn’t a blue light special sale.  It was a going out of business, everything must go sale.  And most people missed it.  The few that didn’t, saw deals at the time that turned into a doubling, tripling, quadrupling or more of their money in less than two years.

The good companies were still good investments.  The companies weren’t broken, the economy was.  The fundamental reasons for investing in them hadn’t changed.  The lower their stock prices went, the better investments they became.  This was an extreme case in ’08, but it happens during every correction.  Good companies become great investment opportunities.  If we don’t jump on the doomsayer’s bandwagon, some great money can be made.

What made those few people stay in the market, when it seemed as though the sky was falling?  They saw the events in a positive perspective.  While everyone else was seeing a glass half empty, their view was a glass half full.  It’s the only explanation.