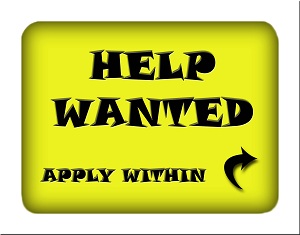 All this puts jobs and unemployment as the political talking point.  With everyone putting out a grand scheme to “fix the problem.”  So what are the chances that Washington will be able to push any type of job growth legislation through?  Will it actually be beneficial for long term job growth or just enough to tide us over till elections?  And lastly, is it really necessary?

I’m a bit doubtful after the last go round with the debt ceiling debacle.  The politicians handcuffed themselves a bit with that debate.  It won’t make sense to come out with a big spending program after they just got done expounding on the merits of a balanced budget and less debt.  But who knows, politics isn’t always rational.

Of course both sides have to reach an actual agreement.  Which could drag out the debate an extra week or two.  Maybe the August vacation has cleared our elected officials heads.  They’ll all have a new sense of reality, agree there are issues and offer an agreeable job growth bill that will be quickly passed.  They’ll all hug it out and give props to the other side for doing a great thing.  A bit of a warm fuzzy dream scenario but it could happen, right?  I’m holding my breath.  Any significant push from Washington will most likely be short sighted and minimal.

In fact, I think economically the U.S. might be fine without a jobs plan altogether.  It would be a very slow process, think snails pace.  The markets might not like it, but it would happen normally.  Without any time-release catalyst that will eventually disappear leaving economic indicators to revert to showing a possible recession.

Is a “Jobs Plan” Necessary?

I think one of the biggest problems limiting job growth is excessive regulations.  Small, medium and large businesses all have to go through the regulatory red tape.  Making the process of starting or expanding a business more lengthy, expensive and difficult.  And it starts at the local level.  With less state and local level workers it may only exacerbate the problem.

Knowing Chicago from a personal level.  I see new small businesses slowly opening up.  The question is how long did it take to get through the red tape and start the hiring process?  Try to open a restaurant/bar, for example, and it could take a year or longer to get through all the permitting and licenses needed.  Just to be able to sell food and alcohol.  Chicago’s political machine is far from the norm, but a great example of excess.  It makes it more difficult for a business to finally reach the hiring stage, if they haven’t run out of funding.  It also extends the time before the city, state and IRS starts collecting taxes.

It’s not a surprise that many business owners tend to agree there are too many regulations.  Even though Washington may have a differing point of view on the subject.  There will always be an ongoing debate of business efficiency versus government bureaucracy.  But should continued government regulations be a priority now?  Or can it take a back seat for the time being.

The official job growth proposals will be rolled out over the next few days.  The final job plan will provide a short term boost to the markets.  Include some regulation limitations and the markets could move higher long term.

So the question remains what could or should the government do, if anything, to help improve job growth?