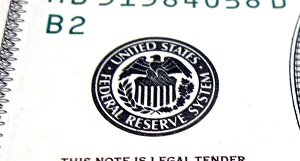 The Federal Reserve has picked up the transparency bug again to start the year off.  The new recently announced change will include quarterly forecasts on the federal funds rate.  This guidance will be forward looking at least two to three years out starting with its first announcement from the January 24-25 meeting.

So why is this change important?  Well, interest rates tend to move based on the direction of the federal funds rate.  If you remember back in August, the Fed slipped in an addendum to expect low rates through mid-2013.

After that announcement, interest rates dropped to all time lows.  With the rate drop, savings and money market account interest rates moved lower.  Mortgages rates headed lower too.  Many, myself included, believed this would be the lowest point of mortgage rates.  If you don’t think rates can go lower, just wait.  The potential of the first announcement could push long term rates lower still.

Depending on which direction the Fed goes with its first forecast of the year, one of three outcomes are possible.

If you don’t trade market events, I wouldn’t suggest starting now.  Just leave your investments alone.  What may become an option is the opportunity to get a new mortgage or refinance an existing mortgage at a lower rate that is currently available.

Better yet, with the new forecasts, it will give everyone a good idea how long these low rates will continue.  We already know the Fed expects rates to stay low going into next year.  There won’t be a need to rush into a new or refinanced mortgage to lock in low rates if the new forecasts push that out to 2014 and possibly 2015.