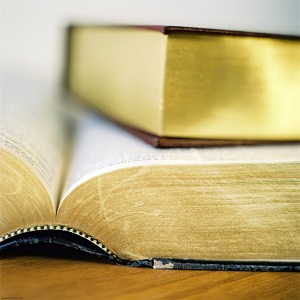 The idea of a referendum deciding the fate of a debt bailout plan and a country is interesting.  But is there enough financial literacy for it?  If the voters are deciding their countries fate, their financial literacy should be called into question before a referendum is called.  Something that didn’t happen in Greece and the markets didn’t like it.  In a normal time, Greece would be just another country in the world with problems.  But these aren’t normal times.

If you’ve been paying attention to the European debt crisis lately, you’ll know that the Eurozone leaders came to an initial bailout agreement at the end of October.  This would prevent Greece from defaulting on its debt and put some additional backstops in place to protect other issues as well.  In a nutshell, if you own Greek debt you could plan on getting half of what you originally expected.  It looked like a good plan, the markets loved it, and we saw a nice one year return in the month of October because it seemed to be almost over.  So we thought.

Little did we know that to start November, Greece’s prime minister would put the Eurozone debt plan to a referendum after already approving it.  I believe it’s a political ploy to force the oppositions hand.  But for now Greece’s fate will be voted on by it’s citizens.

I wouldn’t have a problem with this if it were normal times.  A Greece default or not, really doesn’t matter to me in the grand scheme of things.  But as I said earlier these aren’t normal times.  If Greece defaults, it could be out of the Eurozone.  The Eurozone would need to redo the current debt plan.  Putting Italy’s and Spain’s debt issues in focus.  Which becomes a bigger problem.  Banks own much more Italian and Spanish debt than Greek debt.

If Greece defaults, Italy will in turn have to rush a plan forward to prevent its own default.  Banks already agreed to take a 50% haircut on Greek debt under the current plan.  If that plan doesn’t pass, Greek debt becomes worthless.  Throw in an Italian debt haircut and we could be looking at potential bank failures again.  Which is where the next problem area lies in Europe.  If the crisis spreads to Italy, we’ll be dropping past those October market lows.  But it can all be prevented.

Which brings us back to Greece’s referendum.  Why something so important would be put to a referendum vote?  Are the Greek people financially literate enough to truly understand the consequences of the outcome?  I hope so, but I doubt everyone has a good grasp on the situation.  There is the chance that the Greek government would cancel the referendum.  Which is the best outcome at the moment.

Is The Financial Literacy High Enough?

Go back to 2008, during the heart of the financial crisis in the U.S.  If President Bush decided to put the TARP program to a public vote, after it was approved by Congress.  There certainly would have been some outrage, just like we’re seeing over the Greece referendum.  But would it have passed?

I believe that TARP was a great success in preventing what would have been the worst depression this country has seen.  And I know you may disagree with my opinion.  But we’re looking back on it three years later.  What you thought at the time and whether you agreed with it, is the question.

I’m sure there were several people in Congress that couldn’t grasp what was happening at the time.  But did the rest of the country understand it any better?  I doubt it and I wouldn’t want to put the fate of the country in the hands of some people that proved to be financially illiterate with their own money.  We would have needed a Financial Crisis For Dummies series to get the message out.  But it would have still fallen short of educating everyone.

The bottom line is we’re not all experts in the economy and finance.  As much as I want to believe the U.S. is an intelligent country, I don’t see the average joe having or wanting the financial literacy to make an educated vote on a bailout plan.  There’s a better chance of Greece defaulting than getting everyone to understand the reasons why.  But it’s going to affect our money.  So we should try to understand it as best we can.

Three years after the fact, its easy to say which way you would have voted.  But go back to 2008, would you have approved TARP?  Did you really understand what was at stake at the time?  Do you now know what was at stake?