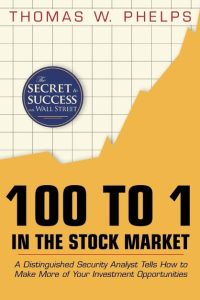 Thomas Phelps studied past companies in existence from 1932 to 1971 that grew at least 100 times in size to see what they had in common. He shares the key characteristics found in compounding machines as well as the key traits investors need to invest for the long run.