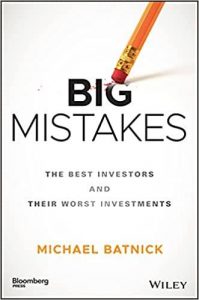 Big Mistakes shows even the best investors make costly mistakes. It tells the stories about how some of the most famous, and infamous, investors failed miserably and the lessons we can learn from their biggest mistakes.