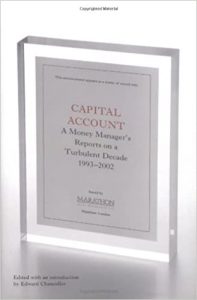 Capital Account is a selection of reports by Marathon Asset Management. The reports introduce their capital cycle approach to investing and explain the impact the cycle had on businesses, markets, and investors during the late 1990s bubble.