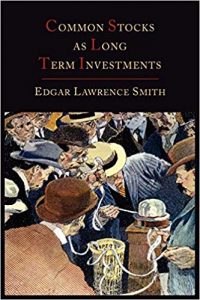 Edgar Lawrence Smith set out to prove a theory, only to fail. But, in failure, he discovered that stocks had a hidden advantage over bonds in the long run. His work was published in 1924 and influenced the late ’20s market boom.