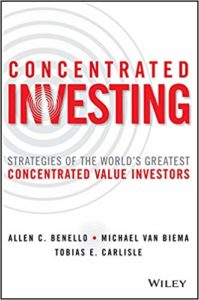 Concentrated Investing profiles eight investors with different investment styles to figure out the principles behind their returns. Was it due to their behavior, the source of capital, the number of investment, or position sizing? The authors answer those questions then look at what the data says.