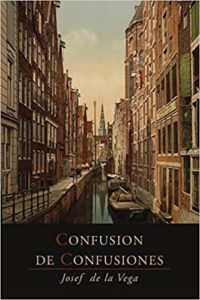 Joseph De La Vega’s Confusion De Confusiones is the earliest known book on the trading practices of a stock market. Set as four separate conversations between three people, you get a sense of what investing and speculating was like in the mid to late 1600s.