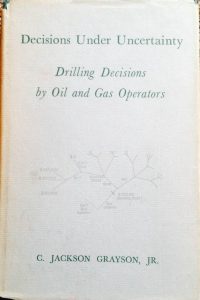 The book is about decision-making where uncertainty exists in oil drilling but it translates to other business and investment decisions where the questions are: Should I invest money? How much should be risked? Should the risk be shared with others?