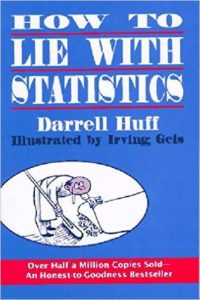 Darrell Huff’s book is about the long history of data deception. He explains the many ways data can be manipulated — to misrepresent facts, to tell a different story — in advertising, politics, and other areas and how to defend yourself from it.