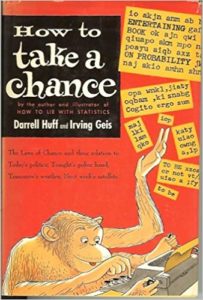 Darrell Huff offers an introduction to the theory of probability that you can find in all aspects of life. He weaves in bits of humor and literature to explain the different concepts with real-life examples of coin tosses, card games, roulette, and dice that should help you avoid expensive mistakes.