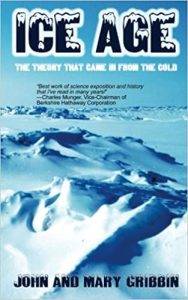 Ice Age details the history of the discovery of the cycle of ice ages. It covers the people behind it and what causes the Earth to cycle from extended periods of a cooler ice age to a warmer interglacial and back again.