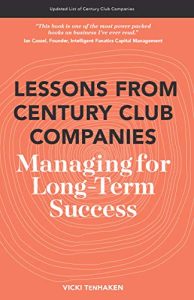 Lessons From Century Club Companies breaks down 10 years of research to find the unique characteristics behind companies that have survived and thrived for over a century.