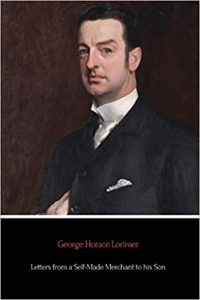 Letters from a Self-Made Merchant relates the fictitious correspondence of John Graham, a wealthy Chicago pork packer, to his son. The elder Graham shares some timeless advice with his son on business, career, college, and life.