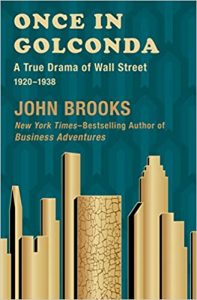 John Brooks chronicles the 1920s bull market, its key players including Richard Whitney, the aftermath following the Great Crash of 1929, and how the events of that era transformed Wall Street.