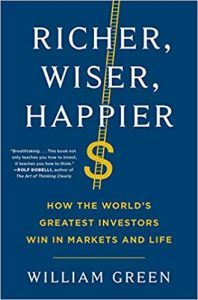 William Green draws from the greatest investors to teach not only the lessons of their investment success but how those lessons crossover into how we make decisions in other areas of our lives.