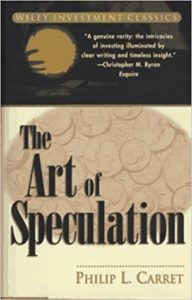 Based on a series of articles written for Barron’s in 1927, Philip Carret writes an extensive introduction to the stock market, while laying the groundwork for market cycles, economic cycles, value investing, biases, and behavior.