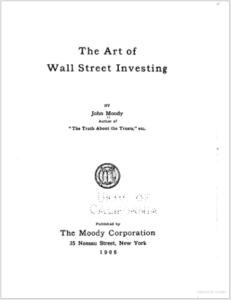 John Moody’s 1906 classic is a guide to the hazards, mistakes, and lessons of investing in the early 1900s. It’s a detailed account of how much, and yet how little, investing has changed over the last century.