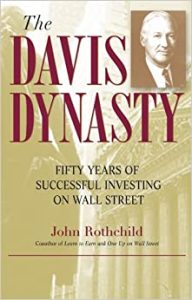 The Davis Dynasty is a story about Shelby Collum Davis and his family. The author mixes Davis’s story of how, over a 47-year investing career, he made a fortune with the market history he experienced along the way.