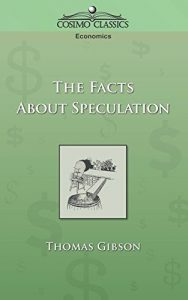 Thomas Gibson warns of the repeated mistakes made when people speculate in the stock market. The classic, written in 1923, adds historical context to long-held investing advice.