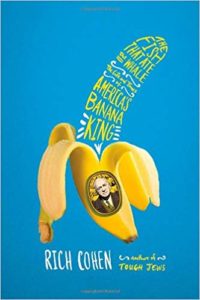 Rich Cohen tells the story of a Russian immigrant, Sam Zemurray, who saw an opportunity in the banana business and seized it. Along the way, he out-hustled and out-innovated the giant of the industry, United Fruit.