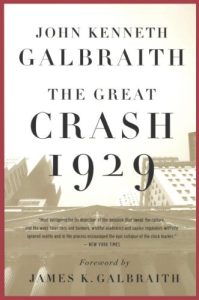 The Great Crash was a defining moment in market history. Galbraith breaks down the events that led to the speculative excess of the late 1920s, details the last wild year, and the market’s collapse. It’s a warning for when the next speculative bubble comes around.