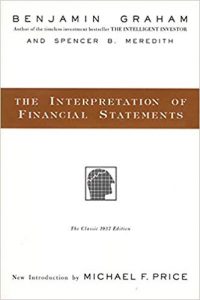 Published in 1937, Ben Graham covers the basics of accounting and financial statements. It’s a condensed guide on reading the balance sheet and income statement, explaining common metrics, and tips on how to determine the soundness of a company.