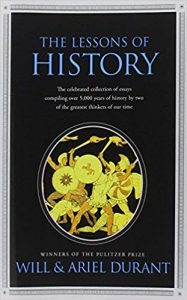 Will and Ariel Durant wrote the Lessons of History as a survey of human experience throughout history and the role human nature played in evolving and shaping civilization.