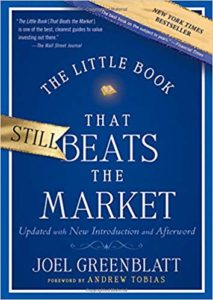 Joel Greenblatt’s Little Book delivers a crash course in value investing. He covers how to view the market, why most people fail to beat the market, metrics for quality and low priced stocks, and how his Magic Formula works.