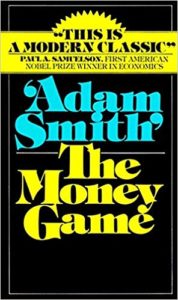 The Money Game is a series of stories on the games people play with money and markets. Told by Adam Smith (aka George Goodman), the stories uncover the emotion, error, myth, and irrationality that surrounds it all.