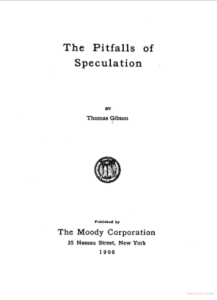 Thomas Gibson’s 1906 classic is the result of studying thousands of speculative accounts over a ten-year period. It sits as a timeless warning on the numerous mistakes investors make in the stock market.