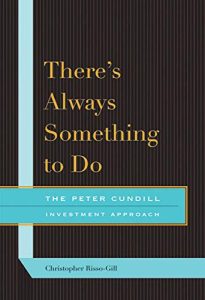 There’s Always Something to Do tells the story of Peter Cundill’s life and career. A chance reading of SuperMoney led him to Ben Graham’s deep value approach, which he adapted for global stock markets.