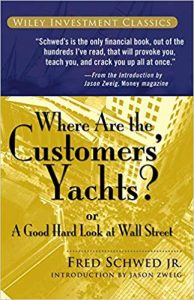 Fred Schwed delivers a cynical, sarcastic, insiders perspective on the business of Wall Street. His book stands as a timeless warning to investors and speculators alike.