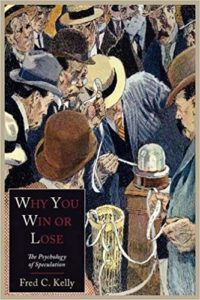 Fred C. Kelly figured out that behavior plays a bigger part in investor success than most thought. That he did so in 1930, says a lot about how little human nature changes. Kelly proposed that by acting counter — contrarian — to the general tendencies of most market participants, one avoids most typical mistakes, and succeeds at investing. Studying average investor mistakes presents a guide to future dangers.