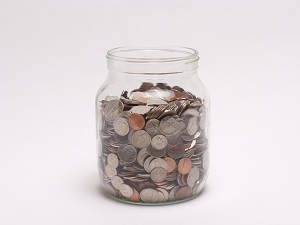 The 2010 Roth IRA conversion deadline is approaching quickly.  If you haven’t heard, the previous income limit ($100,000) for converting a traditional IRA to a Roth IRA was lifted all the way back in January.  With 2011 approaching, it’s always a good idea to check your finances and make any beneficial changes before the new tax year begins.

There certainly have been a lot of proponents pushing the great opportunity of the Roth IRA conversion.  But just because it’s available to everybody doesn’t mean it’s the best opportunity for everyone.

If you expect your income tax bracket in retirement to be less than your current tax bracket or for that matter your 2011, 2012 tax bracket, a Roth IRA conversion is a bad idea.  Paying 28% income tax now is not better than paying 15% later.  Though it looks like income taxes won’t change for 2011, it is more likely that taxes will rise in 2012.

If you weren’t eligible prior to 2010 to make a Roth IRA conversion, you’re even more unlikely to benefit from a conversion today.

No Cash to Pay the Tax

If you don’t have the cash on hand to cover the taxes, the conversion is more than likely not a good idea.  You won’t be able to use the money in the IRA to pay the taxes without being subjected to the 10% early withdrawal penalty if your under 59½.

One of the biggest advantages to having a Roth IRA is there are no required minimum distribution rules.  Once you’re retired, if you don’t need the income from your Roth IRA you can leave it in there to grow.  It’s certainly a great reason to have a Roth IRA, but is it worth making the conversion.

Another option, assuming you won’t need any of the money for five years, is to deposit as much of the minimum distributions into a Roth IRA at that time.  You’ll probably pay less taxes at that time than by making a Roth IRA conversion and paying taxes now.

The workaround to this problem has been one of the positives for making a Roth IRA conversion.  You can contribute to a non-deductible traditional IRA and immediately convert it to a Roth IRA.  If you have any existing traditional IRAs already established, the IRS will treat all of them as one IRA.  Any amount that is converted to a Roth IRA will have to pay taxes on a portion of the converted amount.

If you have no existing traditional IRA, and can only make non-deductible traditional IRA contributions, it’s a nice loophole that allows you to annually contribute to a Roth IRA.

The point of all this isn’t to say that all Roth IRA conversions are a bad idea, but rather to give you some food for thought before making the decision.  There certainly are some great reasons for making a Roth IRA conversion.  Hopefully yours are for the right reasons.