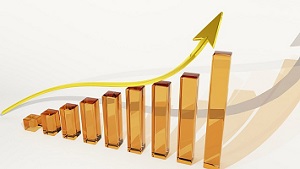 Buyout and spinoff announcements can cause big price swings in stocks. Yet investors are always trying to find the next big deal. Even though it’s a speculative venture at best. Once a deal is announced, that’s where the opportunity ends for most investors. For others, myself included, this is where the real opportunity begins. It’s known as special situations investing and, speaking from experience, can offer a low risk, high reward way to invest your money.

What are Special Situations?

Special situations are known events within a company that present an opportunity for above average returns. When you combine this information with a value investing approach, the high returns can be achieved with a small amount of risk.

In fact, Joel Greenblatt dedicated a book on the subject, You Can Be A Stock Market Genius. It’s a recommended read by the way.

The key here is “known events”. That doesn’t mean buying a stock with the hopes that something might happen. These events are announced and reported on, but usually overshadowed by whats happening now.

Spinoffs, at least to me, are the easiest situation to wrap your head around. Most deals are fairly simple. A spinoff is where a piece of a business is spun off into a new, independent company. When this happens, shares of the new company are sold through an IPO or given to existing shareholders.

This is a case where the parts are worth more than the whole. To put it another way, there is hidden value in the company and the belief is it will unlock shareholder value. That “unlock shareholder value” gets tossed around a lot with spinoffs. Sometimes its true, but not always. In which case, a little bit of research goes a long way in sniffing out the good from the bad.

And the new Motorola Mobility was later acquired by Google.

Peter Lynch warns about serial acquirers and the “diworsification” it brings. Basically, too much M&A might destroy the original business. That is certainly true (just look at HP). But, not all M&A deals are bad news. Sometimes there are opportunities.

Mergers and acquisitions are the opposite of spinoffs, either one company takes over another or two companies join to become one. In the case of an acquisition, cash or stock is used to buy another company.

The opportunity exists from the time of the announced M&A deal to the date it takes place. For instance, when Google acquired Motorola Mobility it offered $40 per share in cash. Even with the $40 deal on the table, Motorola Mobility’s stock traded around $38 for months before the deal went through. There’s an opportunity to profit off the difference in price, known as arbitrage.

Of course the risk, and the reason for the price difference, is the chance the deal will fall through.

Bankruptcy and restructuring are both used to turn a company around. When it works, it offers up unique opportunities for investors. Sometimes, those opportunities are even there when it doesn’t work.

However, corporate restructuring offers similar possibilities to a spinoff. Basically, a restructuring is where a company closes or sells off a poor performing division. These divisions are usually costly, unprofitable, money sucks that eat away at profits and lower the value of the business. Just like a spinoff, the restructuring “unlocks shareholder value”. With the costly division gone and no longer hiding profits, investors can see the real value of the business.

When a special situation is announced, it’s just news, a PR grab, announcing some future corporate event. There’s very few details, no concrete deadline, and no idea of the opportunity…yet. So it’s quickly forgotten or ignored because it’s not happening right now.

And that’s your advantage.

The point is, it takes time for special situations to play out. From the moment the announcement is made, it could be months before anything actually happens. That gives you time to research and find the right opportunity.

But it requires patience and the ability to sit on your money. Special situations investing epitomizes a hurry up and wait mentality. Which is probably why it’s not more popular. But for the right investor, one willing to sit and do nothing, special situations can produce great results.