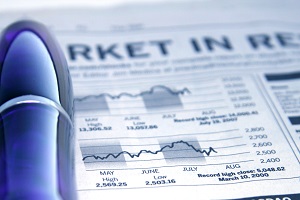 A common way for companies to return money to shareholders is through stock buybacks. When done right, it’s the easiest way a company can increase shareholder value outside of growing the company’s earnings.

Rightly so, stock buyback announcements are seen as a good thing. But what effect do buybacks have on your shares? And are all buybacks a good thing? Here’s what you need to know.

What Is A Stock Buyback?

A stock buyback or stock repurchase is an indirect way to return money to shareholders. The company buys back a portion of its own stock to lower the number of shares outstanding. This increases the value of the remaining shares.

The best way to explain this is with an example. Say Company A is valued at $100 with ten outstanding shares. The shares are worth $10 each. Company A has an extra $10 lying around so it buys one share back. This revalues the remaining nine shares at $11.11 each.

The difference between this example and reality is that real companies are doing this on a huge scale with hundreds of millions or even billions of dollars. In essence, the stock repurchase triggers a number of things that benefit existing shareholders.

As a shareholder, you get several benefits from these repurchases.

Despite all these benefits, buybacks don’t always work out for the best.

More Than It Seems

The biggest reasons stock buybacks fail to provide shareholder value is management error. There are several reasons why.

Like investors, companies are not immune to overpaying for their shares. When a company is growing and making more money, the stock price naturally rises. This leaves the company coffers flush with cash and repurchasing stock at market highs. Instead of waiting for a lower price, that money is put to use at the worst possible time.

If investors shouldn’t overpay for stock, neither should the company. Paying $1.20 for every $1 of value is a very inefficient way of increasing shareholder value. When done right, companies would never pay more than the company is worth. That means never paying more than $1 for every $1 of value. Of course, the best companies realize a deal by only paying far less than that.

To that end, management can just as easily authorize too much money for buybacks where it interferes with the daily cost of doing business and growth. It’s a rare mistake that leaves the company reissuing shares later to pay for it.

Now, just because a buyback is announced doesn’t mean the company has to go through with it. The company can just as quickly cancel or call it off. The stock price may suffer for it in the short-term, but it’s not the worst outcome.

A big reason for buybacks has been the employee stock options plan. This is a nice way to boost employee incentives with some pride in ownership. The problem is it dilutes the existing shareholders by increasing the outstanding shares – more shares means less earnings per share and a lower stock price. This is easily overlooked with a fast growing company but can quickly get out of hand.

Second, management’s compensation is very often tied to short-term stock performance. Management can announce a repurchase program to boost the share price and get their bonus. It’s hardly in the best interest of shareholders.

Most recently, Cisco was the biggest culprit of this. It was so bad even Ralph Nader called Cisco out. Over a ten-year period (’01 – ’11)  Cisco spent $60 billion buying back its stock. That should be enough to move the needle, but the stock price went nowhere for ten years. This was a case of management putting themselves first and using buybacks to cover up their dilutive stock options plan.